Administrators and school staff will consider the needs of students on a case-by-case basis and use this information and other available resources, as appropriate. Individual student needs, including age and other factors, are central to the supports developed. 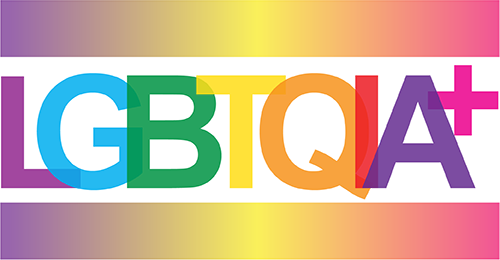 LGBTQIA+ students have long been part of the HCPSS community and informal supports have been in place to support students, their families, their teachers and other school support staff. HCPSS has worked to further the understanding of the needs of transgender and gender nonconforming students and to support them in a more comprehensive manner by training staff, developing guidelines, and engaging stakeholders.

Students identify as male, female or nonbinary to describe their gender upon registration. Students who want to mask the gender indicated in student records may contact their school counselor to make the change.

HCPSS has a masking process for students who are not changing their legal name but want their presenting name, on most documents, to be something other than their legal name. Parent consent is not required, but parents will know about the change (e.g., through report cards). Students should reach out to their school counselor to discuss the many factors that might impact their decision to seek this change.

In early 2021, HCPSS began the use of preferred names in applications such as Canvas and Google Drive. Students who wish to use a preferred name may notify their school’s front office staff. A preferred name is different from a masked name as preferred name and legal name will both appear in records.

In an effort to support students who are more comfortable when designated by their pronouns, students may opt to add pronouns they wish to have used to refer to themselves in various Canvas pages, including discussion posts, inbox messages and gradebooks.

School staff members work with individual students and families. If support or assistance is needed, school counselors, other student services staff members, and school administrators are all available to offer support and/or assistance. School staff are prepared to support and work with individual students and families and will keep information confidential. 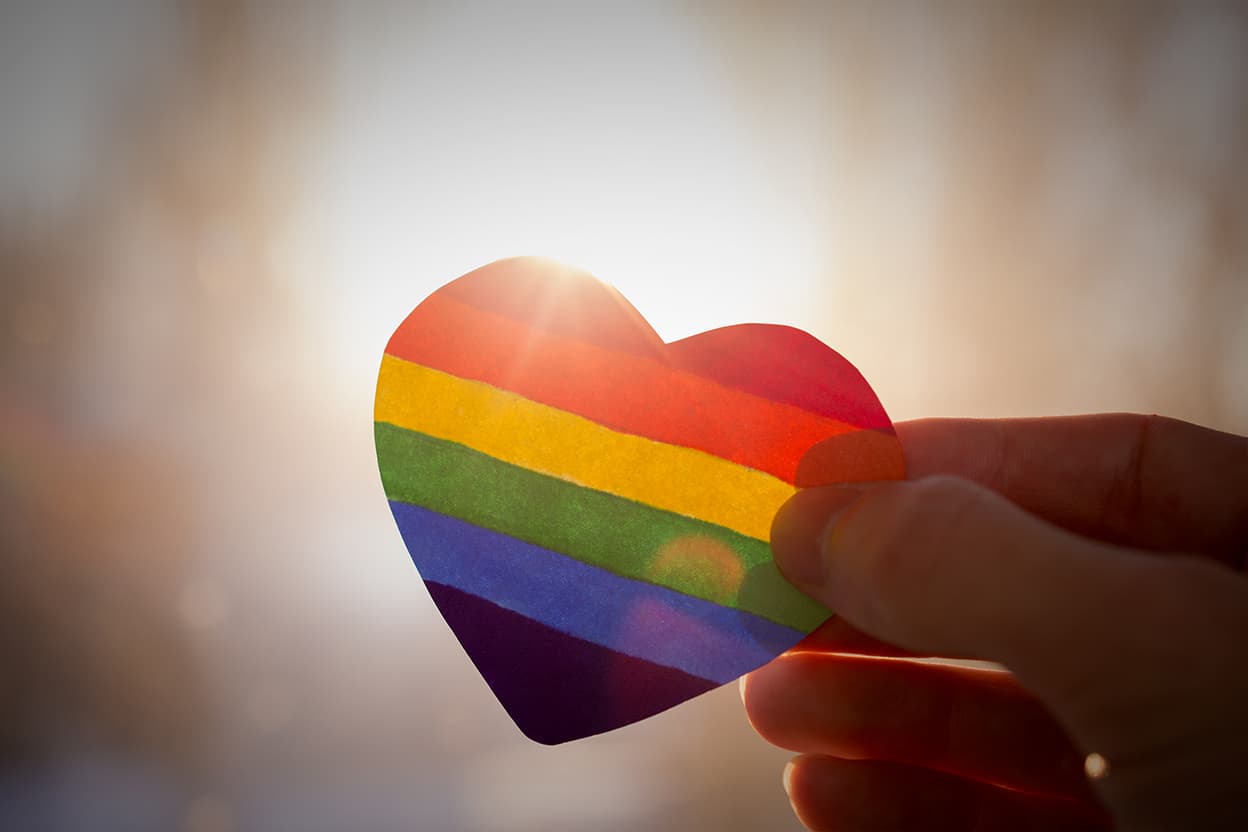 It is HCPSS’ top priority to provide a safe school environment for all students, including transgender and gender nonconforming students. Any incident of discrimination, harassment, or violence is given immediate attention, including investigating the incident, taking appropriate corrective action, and providing students and staff with appropriate resources and supports.

Report an Instance of Bullying, Harassment, or Intimidation 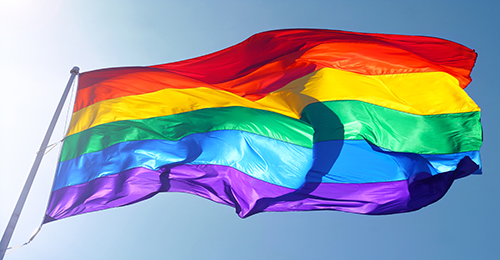 Sex is a label typically assigned by a doctor at birth, or prior to birth using ultrasound or genetic testing, and memorialized on a birth certificate. Sex refers to a set of perceived and actual biological attributes that are primarily associated with physical and physiological features such as chromosomes, gene expression, hormone levels and functionality, and external and internal reproductive/sexual anatomy.

At birth, most individuals are assigned or labeled as a single sex, either male or female, primarily based on the appearance of their external genitalia. However, there is a significant portion of the population who have physical and physiological features that are ambiguous or are typically associated with both male and female sex characteristics. These individuals may identify as intersex.

Intersex refers to a range of physical sex characteristics that do not fit the typical definition of male or female. Intersex is an umbrella term for differences in sex traits or anatomy. There are many possible variations in genitalia, hormones, internal anatomy or chromosomes.

Gender is a label and social and legal status that refers to the socially constructed expectations, attitudes, and feelings related to roles, behaviors, expressions and identities that a culture associates with a person’s sex. It influences how people perceive themselves and each other, how they act and interact, and the distribution of power and resources in society. Behavior that is compatible with cultural expectations is referred to as gender-normative, while behaviors that are viewed as incompatible with these expectations constitute gender non-conformity.

There is considerable diversity in how individuals and groups understand, experience, and express gender through the roles they take on, the expectations placed on them, relations with others and the complex ways that gender is institutionalized in society.

The age at which individuals come to understand and express their gender identity may vary based on their social, family, and environmental factors. As a result, the individual best situated to determine a person’s gender identity is that person.

Transgender is an umbrella term that describes when a person’s sex assigned at birth does not match their identity. A transgender boy, for example, is a boy who was assigned the sex of female at birth but has a clear and persistent identity as male. The term transgender can also include persons who do not feel they fit into a dichotomous sex structure through which they are identified as male or female. Individuals in this category may feel as if they are in the wrong gender, but this perception may or may not correlate with a desire for surgical or hormonal reassignment.

Cisgender is used to describe a person whose identity aligns with the cultural and social expectations of the sex they were assigned at birth.

Agender is used to describe a person who does not identify as any gender.

Genderqueer and Nonbinary refer to persons whose gender identity falls outside of the gender binary of male and female (i.e., identifies with neither or both genders). These persons may use gender fluid as an identifier and may reject the term transgender because it implies a change from one gender category to another. People who identify as genderqueer may redefine gender or decline to define themselves as gendered altogether. They may think of themselves as both male and female (bigender, pangender, androgyne), neither male nor female (genderless, gender neutral, neutrois, agender), moving between genders (genderfluid), or embodying a third gender.

Gender fluid describes a person whose gender identity is not fixed and shifts over time, depending on the situation.

Gender nonconforming individuals are those whose gender-related identity does not meet the societal and social expectations associated with their sex assigned at birth. Gender nonconforming people can differ in the ways in which they express as male, female, some combination of both, or neither.

Two-spirit individuals are those whose identify as having both a masculine and a feminine spirit, and is used by some Indigenous people to describe their sexual, gender and/or spiritual identity. 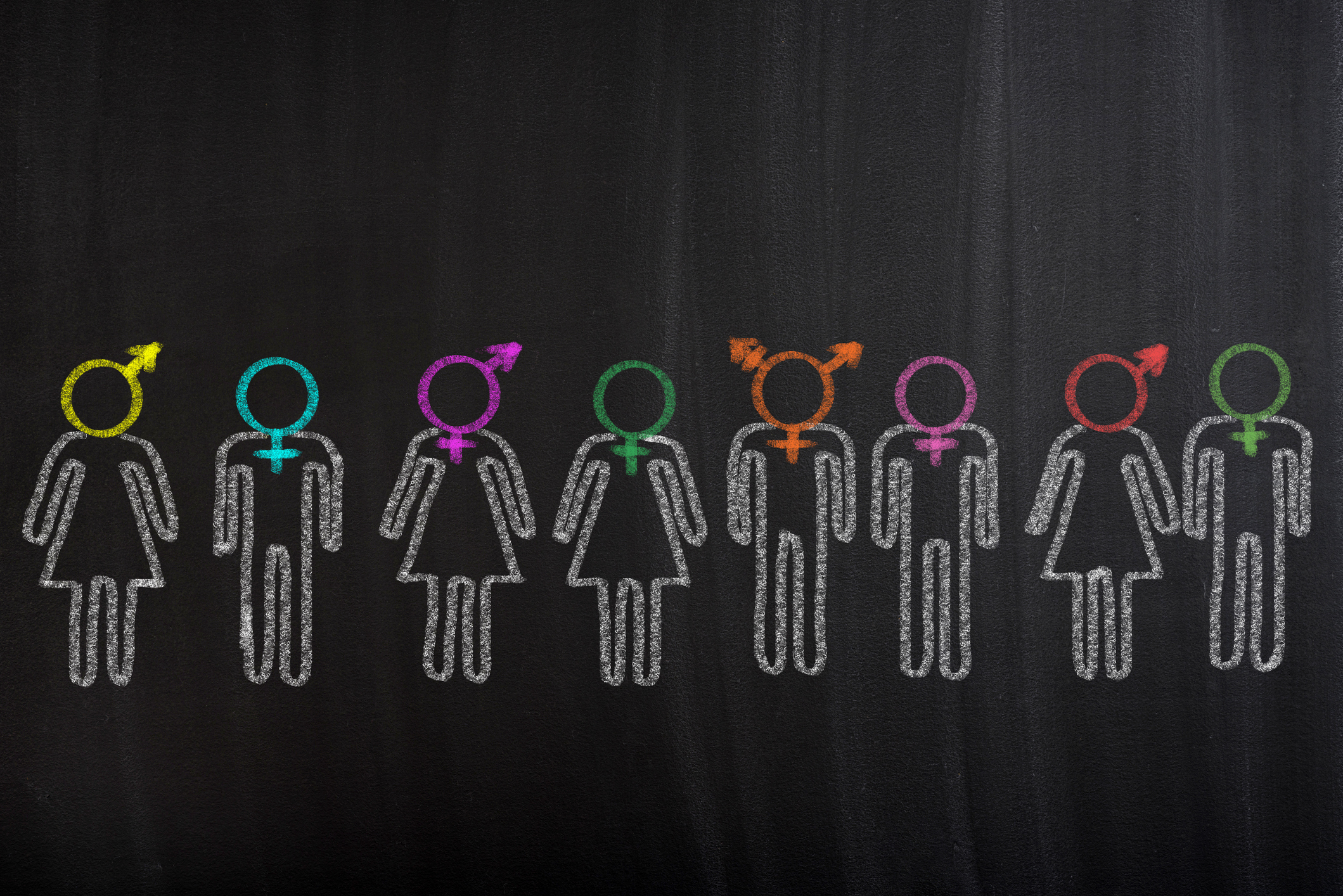 Sexual orientation is a component of identity that includes a person’s sexual attraction to another person and the behaviors and/or social affiliations that may result from this attraction. A person may be attracted to men, women, both, neither, or to people who are genderqueer, androgynous, or have other gender identities. Individuals may identify as lesbian, gay, heterosexual, bisexual, queer, pansexual, or omnisexual, among others.

Aromantic refers to someone who identifies as having little or no romantic attraction to others or desire for romance. Romantic attraction can be emotional or physical. Aromantic people are often satisfied with friendships, or friendship-like relationships, that are non-romantic.

Asexual or Ace can refer to individuals who generally do not experience sexual attraction to others of any gender, while some do experience romantic attraction. Unlike celibacy, which is a choice to abstain from sexual activity, asexuality is a sexual orientation and an intrinsic part of a person’s identity. An asexual individual may choose to engage in sexual behaviors for various reasons even while not experiencing sexual attraction. Asexual people typically have the same emotional needs as everybody else and are just as capable of forming intimate relationships.

Bisexual is a term referring to a person whose primary sexual and affectional orientation is toward people of the same and other genders, or towards people regardless of their gender. Some people may use bisexual and pansexual interchangeably.

Heterosexual/straight is a term referring to a person whose primary sexual and affectional orientation is to people of a gender other than their own.

Gay is a term referring to a person whose primary sexual and affectional orientation is toward people of the same gender. Most often the term gay refers to men who are attracted to men.

Lesbian is a term referring to a woman who is emotionally, romantically, and/or sexually attracted to women. This includes cis, trans and other people who are women.

Queeris an umbrella term that individuals may use to describe a sexual orientation, gender identity or gender expression that does not conform to dominant societal norms. Historically, it had been considered a derogatory or pejorative term against people whose gender, gender expression and/or sexuality do not conform to dominant expectations and the term may continue to be used by some individuals with negative intentions. Still, many members of the LGBTQIA+ community have reclaimed the word queer and embrace the label in a neutral or positive manner and may adopt it as an identity term to avoid limiting themselves to the gender binaries of male and female or to the perceived restrictions imposed by lesbian, gay and bisexual sexual orientations. Not all people who identify as LGBTQIA+ use queer to describe themselves, and the term is often considered hateful when used by those who do not identify as LGBTQIA+.

Questioning refers to the process of exploring one’s own gender identity, gender expression, and/or sexual orientation. Some people may also use this term to name their identity within the LGBTQIA+ community.

Board of Education Policies

Policy 1010 Anti-Discrimination prohibits discrimination on the basis of gender expression, gender identity, and sexual orientation, which are specified as protected classes.

Policy 1060 Bullying, Cyberbullying, Harassment, or Intimidation prohibits intentional conduct, including verbal, physical, or written conduct, or an intentional electronic communication that creates a hostile educational or work environment by substantially interfering with a student’s or employee’s educational or employment benefits, opportunities, or performance, or with their physical or psychological well-being and is motivated by an actual or a perceived personal characteristic including sexual orientation or gender identity.

Policy 1080 Educational Equity seeks to achieve educational equity by establishing expectations related to the identification and elimination of disparities in education outcomes. It references sexual orientation and gender identity in its definition of diversity and specifically mandates culturally responsive curriculum that includes LGBTQIA+ perspectives. 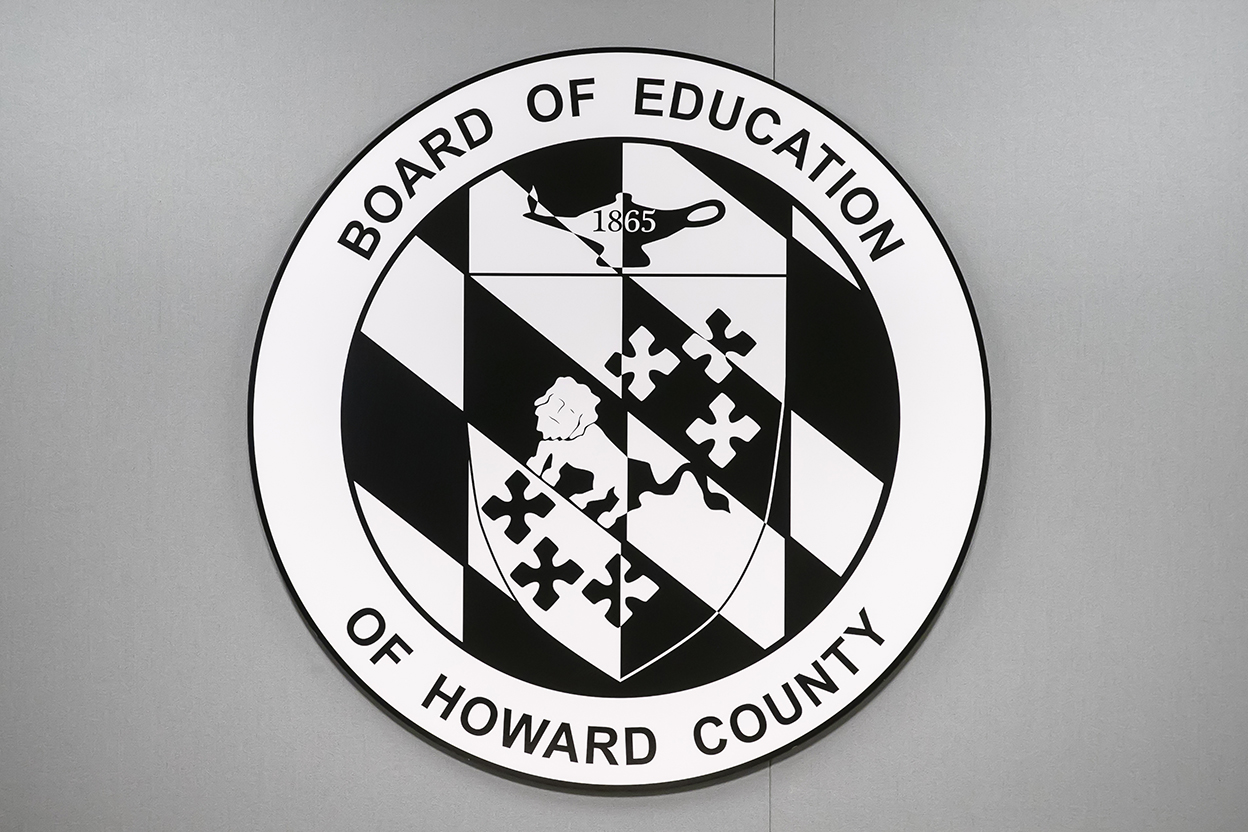